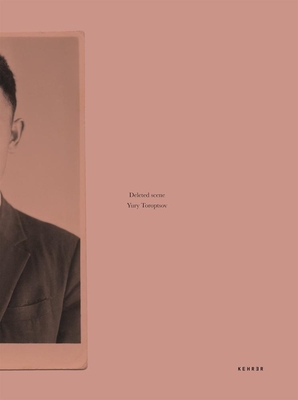 
Special Order—Subject to Availability
On his introspective journey in search of a father gone too soon photographer Yury Toroptsov takes us to Eastern Siberia in a unique story of pursuit along intermingling lines that form a complex labyrinth. Archival documents, old and new photographs, views of the timeless taiga or of contemporary Siberia, fragments or deleted scenes are arranged as elements of a narrative.

Nominated for the Arles Book Award 2015.

Born in 1974 in a rural community near Vladivostok, Yury Toroptsov left his native Russia in 1998 to study at the New School for Social Research in New York after having won a prestigious scholarship. Nourished by his Far-Eastern origins, American travels and the current residence in Europe, Yury Toroptsov keeps at the core of his work what constitutes a common denominator for those distant cultures: people and their identity and the permanence of myths. Memories, metamorphosis, profane and sacred are the recurring themes in his photographs.Toroptsov's photographs have been featured in numerous personal and group shows including at the Maison Europeenne de la Photographie in Paris (2008), Paris Photo (2008), Moscow House of Photography (2013). In 2014 he won the appointment of the Arch'Isle International Photographer in Residence in Jersey (British Channel Island). Lives and works in Paris. Claude d'Anthenaise is Chief Curator of the french Museum of Hunting and Nature in Paris, France.