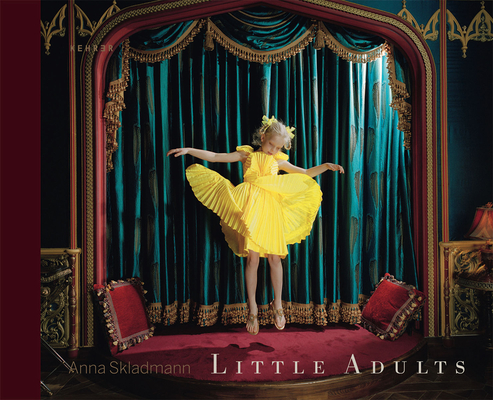 The photo series Little Adults explores what it feels like to grow up as a privileged child in Russia, a country where its radical history still rules the daily life. It explores the recently growing society of the Nouveau Riche in which children are raised to become the Elite. Photographing children of Russia's oligarchs reflects the extreme contrast between social hierarchies and touches on the control of family aspirations, ideas of normality, the loss of childhood, and the constant desire for fame.

Anna Skladmann works between New York and Moscow and has exhibited in Europe and the United States. She has been published in The New York Times and BusinessWeek, among others.

Anna Skladmann: Anna Skladmann (*1986 in Bremen, Germany) is a freelance photographer who lives and works between New York and Moscow. She studied photography in Paris and New York. Awards: 2009 PDN's 30 2010, 2008 NY Photo Festival, Personal Fine Art Series, 2007 Honorable Mention DataColor Scholarship. Skladmann has shown her work at Galerie Volchkova, Paris, at Clark Oshkin Gallery, Los Angeles, and at Studio K.O., Paris, among other venues. Bill Kouwenhoven: Bill Kouwenhoven is International Editor of HotShoe magazine. HotShoe is Europe's leading contemporary photographic magazine. In addition to working with HotShoe for the past three years, Mr. Kouwenhoven is a frequent contributor to numerous other contemporary photography journals in the United States, England and Europe including Afterimage, Aperture, British Journal of Photography, Foto 8, Photonews, Foto, European Photography, and Camera Austria. From 1996 to 2001 he was editor of the late but fondly remembered Photo Metro magazine of San Francisco. He lives and works in Berlin and New York.