In Case It Rains in Heaven (Hardcover) 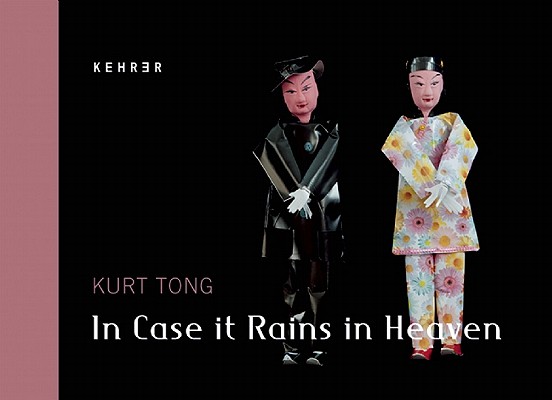 In Case It Rains in Heaven (Hardcover)

Traditionally, the Chinese burn joss paper (ghost money) for their ancestors so that they can enjoy their afterlives. Houses, cars, and gold bars made out of paper were burnt in the weeks following a person's death. However, in recent times, as consumer culture takes hold of the Chinese culture, joss paper products have become more elaborate, reflecting the desires of those who are alive. In an increasingly westernized society, designer handbags, laptop computers, iPods, and fast food made out of paper are burnt for the recently deceased.

Kurt Tong has exhibited at international venues including FotoFest in Houston, Texas.

Born in Hong Kong in 1977, Kurt Tong was originally trained as a health visitor at the University of Liverpool.

He has worked and traveled extensively across Europe, the Americas and Asia. In 1999, Kurt co-founded Prema Vasam, a charitable home for disabled and disadvantaged children in Chennai, South India.

After gaining his Masters in documentary photography 2006, he began working on much more personal projects, drawing on his Chinese heritage and familial relationships for inspiration. Kurt Tong has received numerous awards including the Jerwood Photography Award and exhibited around the world at venues including FotoFest in Houston and Compton Verney.

Wendy Watriss was born in San Francisco and moved to the East Coast and later to Europe. She graduated from NYU with honors and worked as a newspaper reporter in Florida, covering political stories, and then moved on to producing a television show for Public Television. In 1970 she began freelancing as a photographer and writer. In 1982, she won World Press and Oskar Barnack awards for her work on Agent Orange. She co-founded FotoFest with Frederick Baldwin in 1983 and began work as FotoFest senior curator and Artistic Director in 1990.