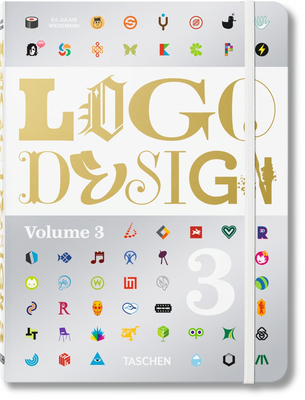 Everybody knows that the logo is a key branding element. A good one can glamorize just about anything, so it comes as no surprise that logo design is a crucial step in the development of a product or service.

This third installment in our Logo Design series brings together diverse logos from around the world, organized into chapters by theme, such as creative industry, events, fashion, media, music, retailers, and service. A full index lists each logo's company, designer, and designer's website. Also included is a case study section, concentrating on logo application and development.

Special features include an interview with H5, the makers of 2010 Oscar-winner Logorama, Neville Brody's Research Studios on the redesign of Music for Youth, Sasha Vidakovic on the new identity for Victoria Beckham, leading Canadian design studio Concrete on the launch of SUPER cosmetics, British studio KentLyons on the Jarman film award, HB Design from Argentina on the country's 200th anniversary logo, and Helmut Langer on universal identities.

Julius Wiedemann was born in Brazil, studied graphic design and marketing, and was an art editor for digital and design magazines in Tokyo. His many TASCHEN digital and media titles include Illustration Now!, Advertising Now, Logo Design, and Brand Identity Now!