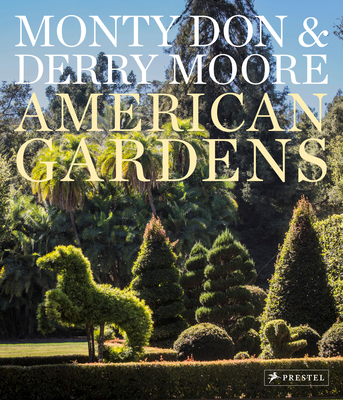 For years, Britain's much-loved gardener Monty Don has been leading us down all kinds of garden paths to show us why green spaces are vital to our wellbeing and culture. Now, he travels across America with celebrated photographer Derry Moore to trace the fascinating histories of outdoor spaces which epitomize or redefine the American garden. In the book, which complements the BBC television series, they look at a variety of gardens and outdoor spaces at the center of American history including the slave garden at Thomas Jefferson's Monticello estate, Longwood Gardens in Delaware, and Middleton Place in South Carolina. Together, they visit verdant oases designed by modernist architects such as Richard Neutra. They delve into urban outdoor spaces, looking at New York City's Central Park, Lurie Garden at the southern end of Millennium Park in Chicago, and the Seattle Spheres. Derry Moore gives his unique perspective on gardens across the United States, including several not featured in the TV series. These include unpublished photographs of Bob Hope's Palm Springs home and garden of renowned architect Frank Lloyd Wright. Featuring luscious photography and Don's engaging commentary, this book will leave you with a richer understanding of how America's most important gardens came to be designed.
MONTY DON OBE is the UK's leading garden writer and broadcaster. He has been making television series for more than twenty years on a range of topics spanning travel, craft, outdoor living, and gardening. He has hosted the BBC's Gardeners' World since 2003.

DERRY MOORE's photographs have been reproduced in numerous magazines including Architectural Digest, Vogue, Town and Country, Men's Vogue, and Nest. His books include An English Room, Great English Interiors, and London's Great Theatres (all by Prestel).