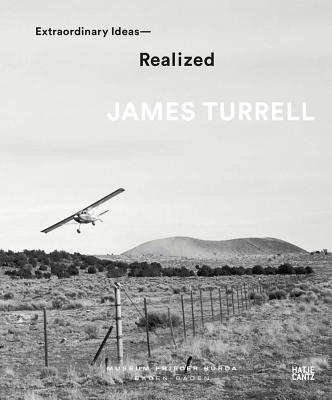 My work is more about your seeing than it is about my seeing. -James Turrell

For more than 50 years, James Turrell has devoted himself to the treatment of immateriality, materiality and perception, making light a sensual and spiritual experience. Turrell floods rooms with light that is experienced as gentle seas of color or as an intensely glowing fog, taking observers to the very limits of their perception. Turrell eliminates the possibility of orienting one's location by means of an object or spatial limits. The artist himself constantly emphasizes that his work is best described as perceptual art.

This comprehensive volume, published for the artist's exhibition at Museum Frieder Burda in Baden-Baden, Germany, combines key works from Turrell's various phases. Among the works included are Sloan Red, one of his early projections in which geometric light objects appear to float in space. A piece from 2016, from the important series of Wedgeworks, shows how the artist creates illusionist spatial situations using light. The ganzfeld experiment Apani, which attracted much attention at the Venice Biennale in 2011, allows the visitor to experience how all imaginable spatial contours can be made to dissolve in light and color. Turrell's famous long-term project Roden Crater--an extinct volcano in the Arizona desert, which the artist has been converting into a kind of observatory since the 1970s--is also represented here, alongside artworks created especially for the Museum Frieder Burda.

As an undergraduate, James Turrell (born 1943) studied psychology and mathematics, transitioning to art only at MFA level. A practicing Quaker, he has described one of his earliest memories: his grandmother inviting him to "go inside and greet the light" at Quaker meetings. The recipient of several prestigious awards, including Guggenheim and MacArthur fellowships, Turrell lives in Arizona.