From Polaroid to Impossible: Masterpieces of Instant Photography, the Westlicht Collection (Hardcover) 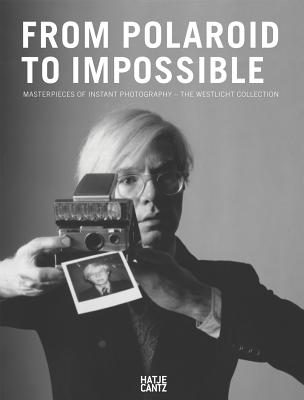 From Polaroid to Impossible: Masterpieces of Instant Photography, the Westlicht Collection (Hardcover)


Special Order—Subject to Availability
In the late 1960s, Polaroid Corporation founder Edwin Land initiated a project to invite more than 800 artists around the world to shoot on Polaroid film, supplying them with the company's latest products. Over the ensuing decades, more than 4,500 works, by photographers ranging from Ansel Adams to Andy Warhol, were presented to the company and found their way into Polaroid's International Collection at their European headquarters near Frankfurt am Main. In 2008 Polaroid went bankrupt. The company was bought by the Impossible Project (who promptly invented a new kind of instant film at the Polaroid factory in Enschede) and its legendary collection was acquired by the Westlicht Schauplatz museum in Vienna. From Polaroid to Impossible celebrates both this acquisition and the launch of a new Polaroid collection spearheaded by Westlicht and the Impossible Project. It offers the first overview of the European Polaroid Collection, and includes selected Polaroid masterpieces by figures such as Ansel Adams, Barbara Crane, Giselle Freund, Gottfried Helnwein, Sally Mann, Robert Mapplethorpe, Helmut Newton, Stephen Shore, Aaron Siskind, Andy Warhol, William Wegman and Minor White; artists like Miyako Ishiuchi, Andreas Mahl and Catherine Wagner, who made specialties of the medium; plus newly commissioned Impossible instant photography by contemporary artists such as Nobuyoshi Araki, David Leventhal, Mary Ellen Mark and Stefanie Schneider. Numerous images are reproduced in full color at 1:1 scale, making this volume a luscious and giftworthy celebration of the charm of the Polaroid photograph.