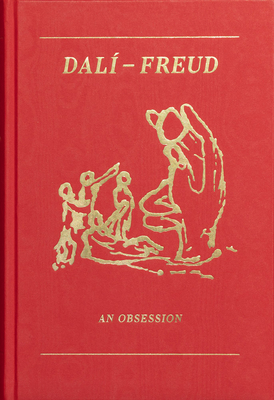 On July 19, 1938, Spanish painter Salvador Dal (1904-89) traveled to the London home of Sigmund Freud, who had just arrived in the UK after escaping Nazi-occupied Vienna. Dal brought with him a painting, The Metamorphosis of Narcissus, and a magazine article he had written on paranoia. This emissary of Surrealism had long hoped to meet Freud; he had read translations of Freud's writings since the early 1920s and had studied them extensively. He asked their mutual friend, the Austrian author Stefan Zweig, to arrange the meeting.
This famous encounter of two legends is the basis of this beautiful volume, bound in imitation red leather and featuring foldout plates of Dal 's work. Dal - Freud: An Obsession explores how the Surrealist was inspired by and used Freud's theories to generate his compositions. A great variety of Dal 's oeuvre is surveyed in this book, including his paintings, sculptures, photographs, films, books, magazines, letters and other documents. In addition, this volume explores his encounters with other artists, such as Federico Garc a Lorca, Luis Bu uel and Santiago Ram n y Cajal. Dal - Freud: An Obsession also crucially examines how psychoanalysis helped Dal process his complex childhood and use it in his paintings.