Ecological Migration, Development and Transformation: A Study of Migration and Poverty Reduction in Ningxia (Hardcover) 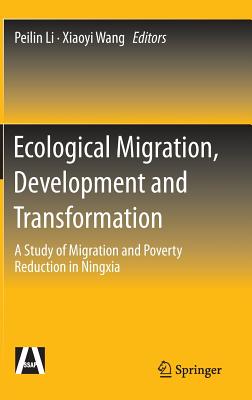 Ecological Migration, Development and Transformation: A Study of Migration and Poverty Reduction in Ningxia (Hardcover)

After over 30 years of reform and opening up, China's aggregate economic volume is now the second largest in the world. Over the past decade many provinces in the western region of China have implemented ecological migration projects of different scales, which have attracted considerable attention both in China and abroad. The projects indicate, first, that there is an urgent need for this type of endeavor: whether the goal is to reduce poverty or to protect the environment, we need to move the poor populations out of the ecologically fragile regions. Secondly, the projects indicate that the Chinese government is capable of meeting this need. Migration projects are complex and costly and without sufficient financial resources and systematic planning, migration may fail to reduce poverty, and could even aggravate it. The rapid economic growth in China, however, makes such migration projects viable.