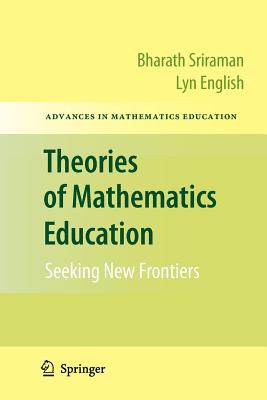 
Not On Our Shelves—Ships in 1-5 Days
(This book cannot be returned.)
Advances in Mathematics Education is a new and innovative book series published by Springer that builds on the success and the rich history of ZDM--The Inter- tional Journal on Mathematics Education (formerly known as Zentralblatt f r - daktik der Mathematik). One characteristic of ZDM since its inception in 1969 has been the publication of themed issues that aim to bring the state-of-the-art on c- tral sub-domains within mathematics education. The published issues include a rich variety of topics and contributions that continue to be of relevance today. The newly established monograph series aims to integrate, synthesize and extend papers from previously published themed issues of importance today, by orienting these issues towards the future state of the art. The main idea is to move the ?eld forward with a book series that looks to the future by building on the past by carefully choosing viable ideas that can fruitfully mutate and inspire the next generations. Taking ins- ration from Henri Poincar (1854-1912), who said "To create consists precisely in not making useless combinations and in making those which are useful and which are only a small minority.