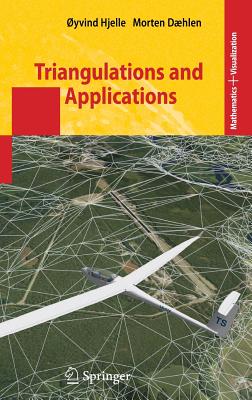 
Not On Our Shelves—Ships in 1-5 Days
This book is entirely about triangulations. With emphasis on computational issues, we present the basic theory necessary to construct and manipulate triangulations. In particular, we make a tour through the theory behind the Delaunay triangulation, including algorithms and software issues. We also discuss various data structures used for the representation of triangulations. Throughout the book we relate the theory to selected applications, in part- ular surface construction, meshing and visualization. The ?eld of triangulation is part of the huge area of computational ge- etry, and over many years numerous books and articles have been written on the subject. Important results on triangulations have appeared in theore- cal books and articles, mostly within the realm of computational geometry. However, many important results on triangulations have also been presented in publications within other research areas, where they have played and play an important role in solving speci?c scienti?c and applied problems. We will touch upon some of these areas in this book. Triangulations, almost everywhere. The early development of triangulation comes from surveying and the art of constructing maps - cartography. S- veyors and cartographers used triangles as the basic geometric feature for calculating distances between points on the Earth's surface and a position's elevation above sea level.