Objectivity after Kant: Its Meaning, its Limitations, its Fateful Omissions (Paperback) 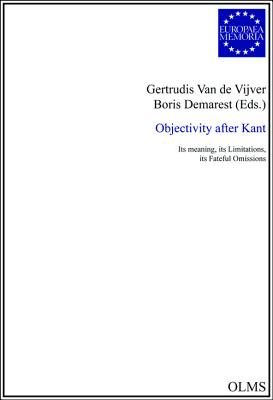 Objectivity after Kant: Its Meaning, its Limitations, its Fateful Omissions (Paperback)


Special Order—Subject to Availability
The constraint is the possibility—this was the idea behind a conference that took place in Gent (Belgium) in 2010, under the title "Yes we Kant! Critical reflections on objectivity," and where many of the papers included in this volume were first presented. The questions addressed there all regarded the nature and meaning of objectivity, and how and whether Immanuel Kant’s theory of constitution can still prove relevant to such philosophical concerns. This involves, of course, careful exegesis of Kant’s works, but as the Prussian sage himself recognized: it is the spirit, and not the letter of a philosopher’s oeuvre, that one should seek to grasp. This volume, then, seeks to explore to what extent the idea that the constraint is the possibility captures the spirit of transcendental philosophy. In the Critique of Pure Reason, this idea finds expression in the metaphor of the dove, who regrets that air resistance keeps him from flying ever higher, but forgets that it is this same resistance that keeps him aloft. In much the same way, the limitations and constraints on knowledge may be the very conditions of possibility for objectivity, and not the reasons for its impossibility.