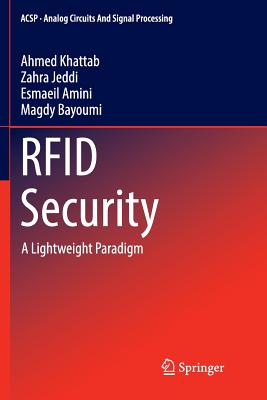 This book provides a comprehensive treatment of security in the widely adopted, Radio Frequency Identification (RFID) technology. The authors present the fundamental principles of RFID cryptography in a manner accessible to a broad range of readers, enabling them to improve their RFID security design. This book also offers the reader a range of interesting topics portraying the current state-of-the-art in RFID technology and how it can be integrated with today's Internet of Things (IoT) vision. The authors describe a first-of-its-kind, lightweight symmetric authenticated encryption cipher called Redundant Bit Security (RBS), which enables significant, multi-faceted performance improvements compared to existing cryptosystems. This book is a must-read for anyone aiming to overcome the constraints of practical implementation in RFID security technologies.