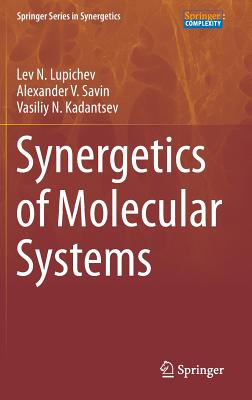 Synergetics is the quantitative study of multicomponent systems that exhibit nonlinear dynamics and cooperativity. This book specifically considers basic models of the nonlinear dynamics of molecular systems and discusses relevant applications in biological physics and the polymer sciences.
Emphasis is placed on specific solutions to the dynamical equations that correspond to the coherent formation of spatial-temporal structures, such as solitons, kinks and breathers, in particular. The emergence of these patterns in molecular structures provides a variety of information on their structural properties and plays a significant part in energy transfer processes, topological defects, dislocations, and related structure transitions.
Real media, in which solitons take the form of solitary waves, are also considered. In this context, the formation of nonlinear waves in a continuous medium described by nonlinear equations is associated with spontaneous breaking of the local symmetry of the homogeneous system, which produces a range of interesting phenomena.
A particular feature of this text is its combination of analytic and computational strategies to tackle difficult nonlinear problems at the molecular level of matter.