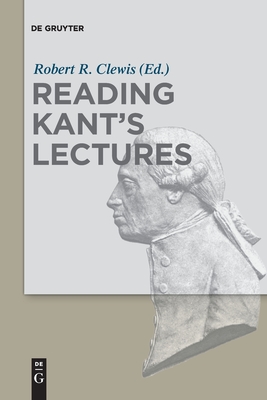 By No Contributor (Other)

This important collection of more than twenty original essays by prominent Kant scholars covers the multiple aspects of Kant's teaching in relation to his published works.
With the Academy edition's continuing publication of Kant's lectures, the role of his lecturing activity has been drawing more and more deserved attention. Several of Kant's lectures on metaphysics, logic, ethics, anthropology, theology, and pedagogy have been translated into English, and important studies have appeared in many languages. But why study the lectures? When they are read in light of Kant's published writings, the lectures offer a new perspective of Kant's philosophical development, clarify points in the published texts, consider topics there unexamined, and depict the intellectual background in richer detail. And the lectures are often more accessible to readers than the published works.
This book discusses all areas of Kant's lecturing activity. Some essays even analyze in detail the content of Kant's courses and the role of textbooks written by key authors such as Baumgarten, helping us understand Kant's thought in its intellectual and historical contexts.