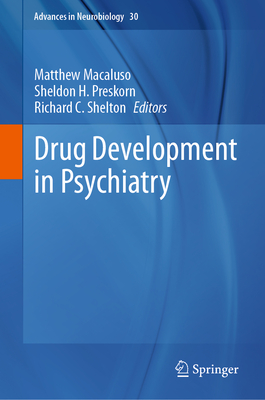 The book elucidates how biomarkers, genetics and advances in neuroscience and neuroimaging have influenced drug development approaches, which will ultimately change the practice of psychiatry. The book will be broken down into the following sections:

a. Prior to the 1960s - Drug discovery by chance observation

b. The last 50 years - refined targeting of CNS drugs without the discovery of mechanistically new drugs

c. The future - the discovery and development of mechanistically new drugs. The examination of new targets, genetics and biomarkers.