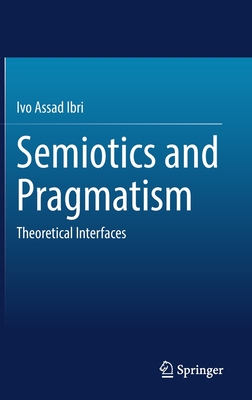 This collection of essays brings together a selection of some of the most important studies of Professor Ivo Assad Ibri about the work of Charles Sanders Peirce. In the last decades, Prof. Ibri made important contributions to Peirce studies by showing that the various individual aspects of Peirce's work actually form a coherent philosophical system, a metaphysical architecture, as he describes it in his previous book K smos Noet s (Springer, 2017). Now this new book brings together a selection of 24 articles and book chapters originally published in both Portuguese and English on different topics and aspects of Peirce's work, such as philosophy of art, heuristic logic, theories of beliefs and habits, objective idealism, pragmatism and pragmaticism.

By bringing together this collection of essays in a single publication, Semiotics and Pragmatism: Theoretical Interfaces will be a valuable source for scholars interested in Prof. Ibri's unique contributions to the study of the philosophy of Charles Sanders Peirce.

"In recognizing Ivo Assad Ibri as one the leading exponents of qualitative interpretations of Peirce in the world today, I refer especially to Ibri's concentration on Peirce's later-phase metaphysical writings. Ibri's expertise will be seen to consist in his precise reformulations of Peirce's full-fledged philosophy, not just pursuing specialized minor topics."

"Ivo Ibri's collected essays brims with clarifying insights from beginning to end. He manages to reveal plenty of aspects of Peirce's thought from angles the traditional scholarship has not been equipped to notice. How not to miss such kairotic theoretical opportunities and how to exploit them to heuristic advantage is a lesson well taught in this outstanding book."

Professor of Philosophy and Director of the Peirce Edition Project, Indiana University