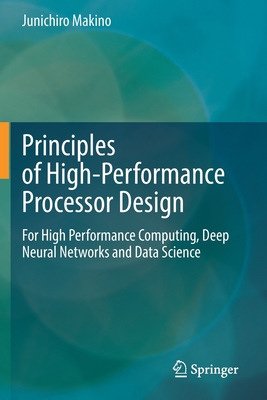 
Not On Our Shelves—Ships in 1-5 Days
(This book cannot be returned.)
Introduction.- Traditional approaches and their limitations.- The lower limit of energy consumption.- Analysis of past and present processors.- "Near-optimal" designs.- Software.- Present, Past and Future.
Junichiro Makino received PhD from the University of Tokyo. After he received PhD, he worked at University of Tokyo, the National Astronomical Observatory of Japan, and Tokyo Institute of Technology. Since Apr 2014, he is a subleader of the exascale computing project and the team leader of the Co-design team, AICS, RIKEN, and since Mar 2016 he works also at Kobe University. His research interests are stellar dynamics, large-scale scientific simulation and high-performance computing.He has developed a series of special-purpose computers for many-body problems (GRAPE) and SIMD many-core processors (GRAPE-DR, MN-Core).