Child Out Of Time: Growing Up With Doctor Who In The Wilderness Years (Paperback) 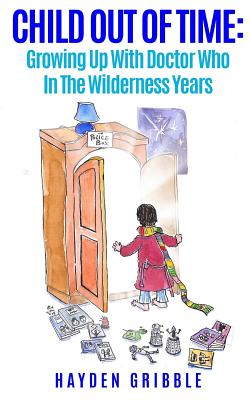 Child Out Of Time: Growing Up With Doctor Who In The Wilderness Years (Paperback)


Not On Our Shelves—Ships in 1-5 Days
(This book cannot be returned.)
For 26 years, DOCTOR WHO was a British institution, capturing the imaginations of generations of children. But then, in 1989, it was cancelled. The Doctor and his on-screen adventures were no more. There was no longer a hero, a champion for the outcasts who struggled to fit in. It was as though he had walked into his TARDIS and set his controls for dematerialisation, never to return: a whole generation lost to the powers of Science Fiction's greatest creation. It was in this Doctor-less world that I grew up. This is the story of how one little boy would try to find the Doctor in any way, shape or form and the obstacles he faced in doing so. This is the story of growing up without Doctor Who in the Wilderness Years...and how I lived through it.
Hayden Gribble was born in the summer of 1989. He spent his formative years absorbing the television of yesteryear through repeats of the Gerry Anderson Supermarionation series, Doctor Who, The Simpsons, Red Dwarf and Dad's Army. He was also mesmerised by the James Bond film series and the action cartoons of the late 1980s and early 1990s. As adulthood dawned he had tried to pass himself off as an adult by writing for a number of publications such as the Doctor Who Appreciation Society newszine, Celestial Toyroom, music writer for B-Side Magazine, Features and Vortextra contributor to Doctor Who Online and working as a football writer for goal.com and Eurosport. In 2014, he wrote and self-published his first novel, The Man in the Corner. He followed this up with a collection of poems and lyrics from his teenage years called Tales From Another Me, released as a kindle book in 2015. He appears regularly on the Diddly Dum Podcast and since 2016 has hosted his own show, Podcasters Royale: The James Bond 007 Show. Find Hayden on Twitter @gribbla12 www.haydengribble.net www.facebook.com/haydengribbleauthor