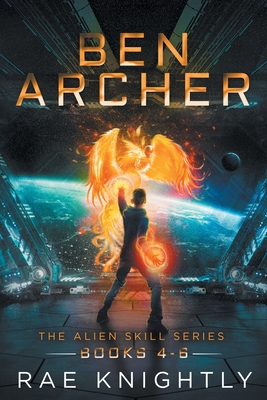 THE ALIEN SKILL SERIES (BOOKS 4-6) IN A SINGLE VOLUME

CAN A HUMAN BOY SAVE EARTH FROM AN ALIEN INVASION?

Ben Archer's adventures continue as he learns to wield his alien power. A looming threat approaches Earth. Can he and his alien friend, Mesmo, protect humans from a Toreq invasion?

The Alien Skill Series is a science-fiction adventure story for fans of Percy Jackson, A Wrinkle in Time and Lost in Space. These middle-grade books have won the hearts of young and old alike, turning them into a best-selling, award-winning coming-of-age series filled with alien powers, hidden enemies and a thought-provoking glimpse into the way we treat our planet.