The Bad Boy and the Tomboy (Paperback) 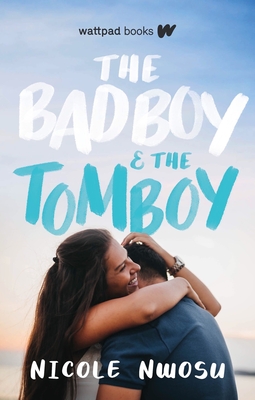 The Bad Boy and the Tomboy (Paperback)

Some love stories begin in all the wrong ways.

Always comfortable being one of the guys, Macy Anderson is laser focused on only three things: studies, soccer, and a scholarship. Romance is the last thing on Macy’s mind, until Cedric Cahill—the one boy she’s ever crushed on—asks her out on a date.

Handsome and charismatic, Cedric’s everything Macy has ever wanted in a boyfriend. There’s just one problem: Cedric’s cousin Sam. Brazen and unapologetic with a bad-boy reputation to match, Sam has an annoying way of constantly showing up in Macy’s life. Something crackles beneath their “just friends” relationship, and soon Macy’s thinking about him in all the ways she shouldn’t—pushing things too far when she’s around him.

As the tension between them escalates, Macy needs to decide if it’s worth risking both a friendship and a relationship to find out where her heart’s loyalties truly lie. Especially when the truth behind Sam’s bad-boy demeanor changes everything between them forever.

Nicole Nwosu grew up in Toronto, Canada, and first started posting her stories on Wattpad in 2014. Her most popular story The Bad Boy and the Tomboy has accumulated over a hundred million reads on the platform and won a 2015 “Cover-to-Cover” Watty Award. When she’s not writing, Nicole spends her time catching up on binge-worthy TV shows while balancing her studies at Western University.