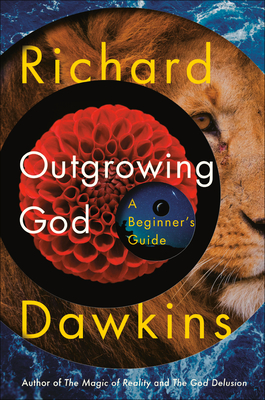 
Special Order—Subject to Availability
Should we believe in God? In this brisk introduction to modern atheism, one of the world’s greatest science writers tells us why we shouldn’t.

Richard Dawkins was fifteen when he stopped believing in God.

Deeply impressed by the beauty and complexity of living things, he’d felt certain they must have had a designer. Learning about evolution changed his mind. Now one of the world’s best and bestselling science communicators, Dawkins has given readers, young and old, the same opportunity to rethink the big questions.

In twelve fiercely funny, mind-expanding chapters, Dawkins explains how the natural world arose without a designer—the improbability and beauty of the “bottom-up programming” that engineers an embryo or a flock of starlings—and challenges head-on some of the most basic assumptions made by the world’s religions: Do you believe in God? Which one? Is the Bible a “Good Book”? Is adhering to a religion necessary, or even likely, to make people good to one another? Dissecting everything from Abraham’s abuse of Isaac to the construction of a snowflake, Outgrowing God is a concise, provocative guide to thinking for yourself.

“My son came home from his first day in the sixth grade with arms outstretched plaintively demanding to know: ‘Have you ever heard of Jesus?’  We burst out laughing. Maybe not our finest parenting moment, given that he was genuinely distraught. He felt that he had woken up one day to a world in which his peers were expressing beliefs he found frighteningly unreasonable. He began devouring books like The God Delusion, books that helped him formulate his own arguments and helped him stand his ground. Dawkins’s new book is special in the terrain of atheists’ pleas for humanism and rationalism precisely since it speaks to those most vulnerable to the coercive tactics of religion. As Dawkins himself says in the dedication, this book is for ‘all young people when they’re old enough to decide for themselves.’ It is also, I must add, for their parents.”—Janna Levin, author of Black Hole Blues

“When someone is considering atheism I tell them to read the Bible first and then Dawkins. Outgrowing God—second only to the Bible!”—Penn Jillette, author of God, No!
Richard Dawkins is a fellow of the Royal Society and was the inaugural holder of the Simonyi Chair for the Public Understanding of Science at Oxford University. He is the acclaimed author of many books, including The Selfish Gene, The God Delusion, The Magic of Reality, Climbing Mount Improbable, Unweaving the Rainbow, The Ancestor’s Tale, The Greatest Show on Earth, and Science in the Soul. He is the recipient of numerous honors and awards, including the Royal Society of Literature Award, the Michael Faraday Prize of the Royal Society, the Kistler Prize, the Shakespeare Prize, the Lewis Thomas Prize for Writing about Science, the Galaxy British Book Awards Author of the Year Award, and the International Cosmos Prize of Japan.
“With wit, logic, and his characteristic flair for expressing complex ideas with uncanny clarity, Richard Dawkins separates myth from reality in Outgrowing God.  His book is more than a beginners’ guide to atheism: it is a primer that liberates us to see and explore the beauty of the Universe free of fables and fantasies.”—Neil Shubin, paleontologist and author of Your Inner Fish

“When people ask the question ‘If you could have dinner with any three people . . . ,’ Richard Dawkins often springs to mind. Reading Outgrowing God felt kind of like actually getting to have that dinner. Dawkins spent the first half of the dinner blowing my mind by explaining what we know about the origins of the Bible, before spending the second half changing the way I think about evolution. As is always the case when I spend time in Richard Dawkins’s mind, I came out feeling smarter.”—Tim Urban, author of Wait But Why

“The book . . . vividly demonstrates the spirit of scientific discovery that has made life meaningful for Dawkins himself. His contagious enthusiasm renders the basics of natural selection newly astonishing.”—The Guardian

“Richard Dawkins is one of the great scientists and science communicators of our time, and Outgrowing God: A Beginner’s Guide shows that he does not mean to relinquish those titles any time soon. It is a paean to truth and reason, written in the hope that more people will rally to the defense of those values at a time when they are being hastily abandoned. . . . Dawkins writes so well that his hope of helping society grow up might just be fulfilled.”—Areo Magazine