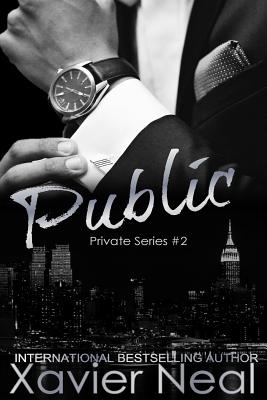 This is book number 2 in the Private series.

Philanthropist or Antagonist? Billionaire, Weston Wilcox, has finally come into the light. Not only is he actively attending more meetings and allowing his face to constantly be photographed beside his bodacious fianc 's, he's also opened the door for journalists to take a peek behind the curtain at the man he has become. Despite his seemingly compassionate nature, there are rumors that it is all a facade. Accusations that he is not only using his charitable moments to distract the public from his devilish intentions, but to keep his family secrets buried. Family secrets Weston wasn't aware he had. However, the public doesn't want real answers, they want a juicy story. Blogs and media outlets don't want facts, they want dirty details. Will Weston Wilcox retreat back to the private lifestyle he once loved or will he find a way to adjust to his new life that is now PUBLIC?