Credulous Fools?: A personal study of the first 3 years of THE TEACHING (Paperback) 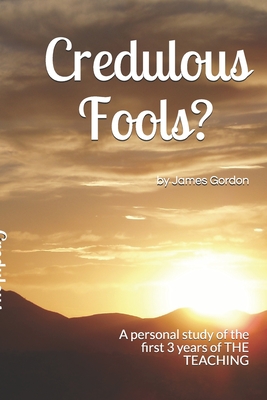 Credulous Fools?: A personal study of the first 3 years of THE TEACHING (Paperback)


Not On Our Shelves—Ships in 1-5 Days
(This book cannot be returned.)
The author, then living in London UK, was led by a curious spiritual experience in 2004 to study a previously unknown website from the other side of the world, New Zealand, records of an unusual channelled body of teaching. (The spirits directing this themselves called it simply "The Teaching".) Over 28 years (1932 to 1960) these revelations included accounts of life on the other side, advice on how to live life here, some prediction of how things were to turn out for us, and how much this itself depended on how we conduct ourselves on this plane of existence. The seer, the channel for all this, was a young woman born in 1890 called Kathleen Long. Originally from Guildford UK she had lived many years in South Africa and what is now Mozambique, before migrating to New Zealand in her late thirties. Here she stumbled upon a formidable gift as a seer (she never accepted the term medium), one with a very special calling. The author forcibly argues that she was genuinely in touch with spirits that we know from their earthly incarnations as the Christ, the divine Mother, and the Apostle Paul, to name but three. Paul (or Brother Saul as he is known to the Teaching) makes some striking omissions from the doctrines for which his Epistles are famous, such as predestination, the Eucharist, and contempt for the Jewish Law. This book describes just the first three years of The Teaching. Perhaps its most sensational section concerns Kath's own previous existence as a temple assistant in Phoenicia of 3,000 years ago. The considerable detail in which her life and death are told make it possible to compare her accounts with what is known from archaeology and scholarship generally about the Phoenician culture and times, most of it discovered decades after she received the memories. There are even a few words of ancient Phoenician, spoken by the seer in the course of channelling which the author establishes as genuine. The question-mark of the title is finally answered firmly in the negative.Those looking more closely will acknowledge that this extraordinary text calls the highest authorities possible as witness to a much more comprehensive Truth, not a new religion, but a solvent for the uniting of all religions, a true presage of a renewed and better age.