Nature's Healing Walks: Discover What Your Soul Is Searching For (Paperback) 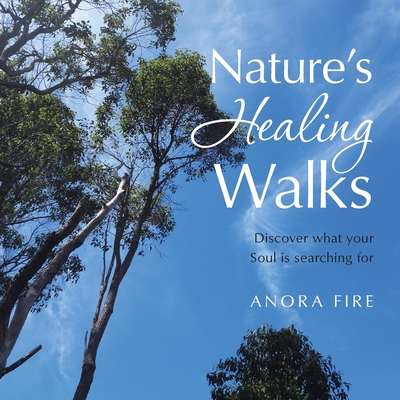 Nature's Healing Walks: Discover What Your Soul Is Searching For (Paperback)


Not On Our Shelves—Ships in 1-5 Days
From an early age, Anora Fire discovered that being a Light for Healing caused other people distress but never understood why. Always feeling different to others, she experienced bullying and abuse many times in her life. To fit in and be accepted, it became simpler to ignore who she was and how she felt. She fell into the routines of life, never questioning and often being afraid to be different. In later years, she realised she was living an abused, half-life similar to a significant person from her childhood having sub-consciously taken on that role. Now she began questioning how this had happened. After decades of feeling lost and being uncertain in all she did, she followed her Intuition which primarily encouraged her to spend more time outside and find that connection with Nature. This was the Universe, her Spiritual family telling her it was time to move on, reawaken and Shine the Light she came to this planet to be. She had come full-circle. It was time to listen to Intuition and her Soul. This picture book contains some of the extra special places in Nature that helped to restore her, physically and mentally, back to becoming the Healing Lightworker she was created to be. Once you connect and listen to your Soul and realize your Life Purpose the puzzle of your existence will gently glide into its place and you will be able to provide something to the world that can only come from you.