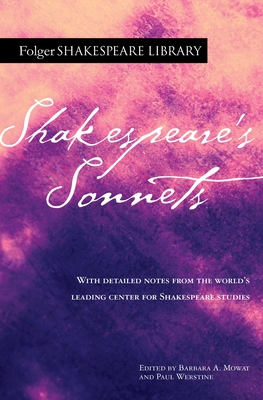 
On Our Shelves Now at:
A bestselling, beautifully designed edition of William Shakespeare’s sonnets, complete with valuable tools for educators.

The authoritative edition of Shakespeare’s Sonnets from The Folger Shakespeare Library, the trusted and widely used Shakespeare series for students and general readers, includes:

-Full explanatory notes conveniently placed on the facing page of each sonnet
-A brief introduction to each sonnet, providing insight into its possible meaning
-An index of first lines
-Illustrations from the Folger Shakespeare Library’s vast holdings of rare books
-An essay by a leading Shakespeare scholar providing a modern perspective on the sonnets