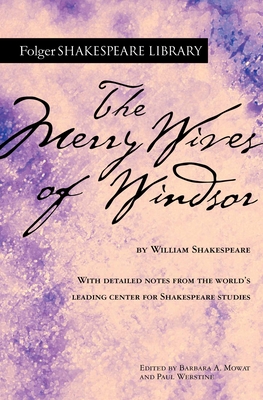 
On Our Shelves Now at:
The authoritative edition of The Merry Wives of Windsor from The Folger Shakespeare Library, the trusted and widely used Shakespeare series for students and general readers.

Merry wives, jealous husbands, and predatory knights were common in a kind of play called “citizen comedy” or “city comedy.” In such plays, courtiers, gentlemen, or knights use social superiority to seduce citizens’ wives.

The Windsor wives, though, do not follow that pattern. Instead, Falstaff’s offer of himself as lover inspires their torment of him. Falstaff responds with the same linguistic facility that Shakespeare gives him in the history plays in which he appears, making him the “hero” of the play for many audiences.