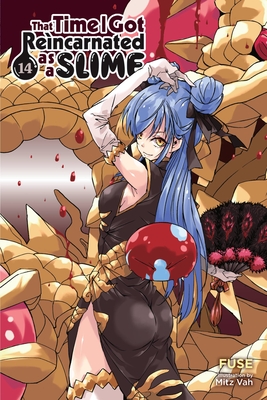 This is book number 14 in the That Time I Got Reincarnated as a Slime (light novel) series.

Having easily thwarted the Eastern Empire’s invasion, Rimuru wishes to end the conflict once and for all and therefore heads for the imperial capital to take out the source. Meanwhile, Yuuki has worked his way up the Empire’s hierarchy with the intention of staging a coup and usurping the throne. It doesn’t take long for Rimuru to learn that the Empire’s true power is on a whole different level compared to what he’s seen so far… And it turns out he isn’t the only ruler with a dragon at his side!
Fuse is the author of That Time I Got Reincarnated as a Slime.