The Darkness Around Her (Compact Disc) 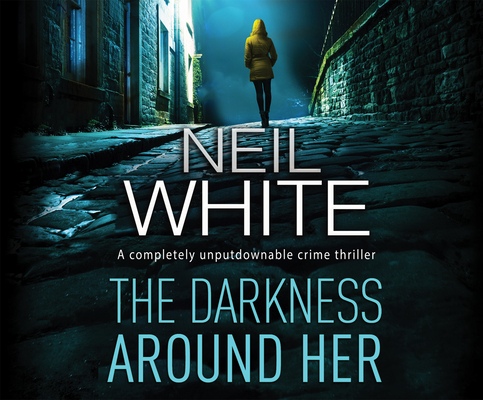 The Darkness Around Her (Compact Disc)


Not On Our Shelves—Ships in 1-5 Days
One freezing December night, the body of young, vulnerable Lizzie Barnsley is found on the side of an isolated canal. When blood from her stiletto heel matches that on a wound on the head of Peter Box, police swiftly declare him the prime suspect in her murder. Criminal lawyer Dan Grant is called in to provide Peter Box's legal defense, along with investigator Jayne Brett. They need answers from Box--but he's not talking. As they dig deeper into the case, they discover that this brutal slaying is just the latest in a series of deaths in the northern town of Highford, starting with the murder of teenager Rosie Smith a decade ago. Blood spatter linked her stepfather Sean Martin to the crime--so why did Peter Box try to claim he'd killed young Rosie? As the investigation deepens and more murders along the towpaths come to light--murders that can't be linked to Peter Box--Jayne and Dan realize that they have stumbled onto a dark conspiracy in their little town. It's clear Peter has something to hide, but is he a killer? Grant and Brett are plunged into a race against time to uncover the truth...before a twisted psychopath claims another victim.