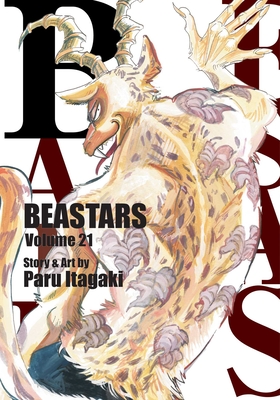 This is book number 21 in the Beastars series.

As the new CEO of the Horns Conglomerate, red deer Louis holds a press conference to expound on his views about carnivores eating meat, leading the carnivore members of the Drama Club to fear for the herbivore members’ safety. Back at the black market, gray wolf Legoshi battles mixed-species psychopath Melon while Beastar horse Yahya and Komodo dragon Gosha get swept up in a riot. Then, in the midst of this chaos, the power goes out, and the world is plunged into darkness…
Paru Itagaki began her professional career as a manga author in 2016 with the short story collection Beast Complex. Beastars is her first serialization. Beastars has won multiple awards in Japan, including the prestigious 2018 Manga Taisho Award.