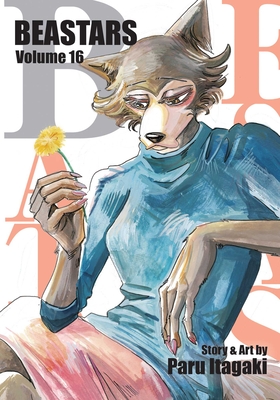 This is book number 16 in the Beastars series.

Gray wolf Legoshi joins forces with Beastar horse Yahya to try to apprehend a mixed-species elephant poacher. Meanwhile, gray wolf Juno meets with red deer Louis and learns why he can’t be with her, even if he wanted to. Juno and Legoshi commiserate about the drawbacks of being in love with a beast of another species. Then Legoshi falls into a trap he can’t escape without the aid of a stranger, and Louis gets an offer he might not be able to refuse.
Paru Itagaki began her professional career as a manga author in 2016 with the short story collection Beast Complex. Beastars is her first serialization. Beastars has won multiple awards in Japan, including the prestigious 2018 Manga Taisho Award.