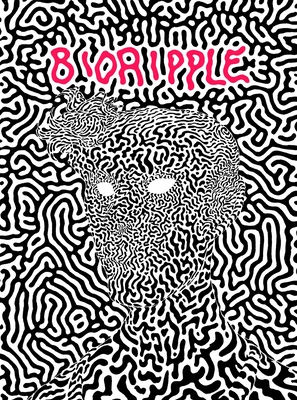 
In Stock—Click for Locations
BIORIPPLE - A Law-Enforcement teacher hunts down members of a crime organization in an attempt to curb an illegal autonomy inside the city.

Emily is a law enforcement teacher who suffers from an anxiety disorder. Actual law enforcement isn't performed by people, with automatons having replaced humans. In Emily's world, humanity discovered that consciousness occupies multiple dimensions. Technology has allowed them to digitally house minds. This is referred to as "Hopping" which became illegal after it was proved that the minds that hop begin to suffer and go into a heightened state of panic.

Every individual is connected to Geodesics - a powerful AI which converses with each person and guides their decisions. Geodesics is present everywhere, lending it near omnipresence, yet it is not conscious in the same way humans are. The Manifold is an anti-Geodesics organization. Their goal is to free people from AI, aiming to create an autonomy within the city which is devoid of Geodesics. The Manifold uses hopping to accomplish its goals. Once a copy of a mind is created, Geodesics is unable to locate the physical body associated with it and is forced to send law enforcement teachers after the hoppers.

When Emily is called upon to locate a hopper, she fails to apprehend him due to an unknown force used by The Manifold. Tim sees the whole scene from an apartment window. He is an Architecture teacher. Actual architecture is a profession which no longer exists, being taken over by AI and automatons as well.

The story follows Emily and Tim from their points of view as The Manifold plays a key role in shaping their future. Freedom of choice itself hangs in the balance as the forces of the technological world and biological mysteries collide.
Nir Levie is an architect and a comic-book artist with a passion for telling stories about transformative change. His previous graphic novel, Mycelium Seep, was published by Markosia and received positive reception from critics noting his ability to convey handcrafted surrealist stories. His first graphic novel, Outskirts of Vision, was a finalist in the International Book Awards.