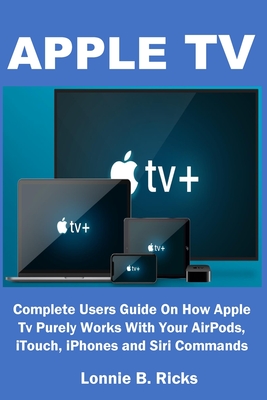 By Lonnie B. Ricks

Confused about what Apple Tv is? You are not alone.

The Apple TV app was first introduced in the year 2016 for the iPad, iPhone, and Apple TV to offer a one-stop-shop where users can find media contents bought in the iTunes store, Television shows, and lots more. The Apple TV app gives you access to channels like Showtime, HBO, and Starz, not forgetting the Apple TV Plus. With the launch of the Apple TV+ channel service on November 1, you now have unlimited access to original content regardless of your device.

This guide approaches every topic from becoming a pro using a senior's point of view, using meaningful examples, step-by-step tasks, close-up screenshots, and a well-outlined interior designed for comfortable reading.