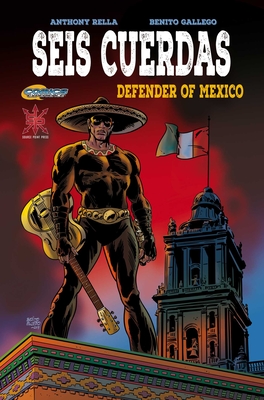 
Backordered
A civil war has broken out amongst the top cartels with a new level of brutality.  The internet comes to the rescue recruiting an unwilling hero in the form of Dantes, an "almost famous" mariachi singer.

When the leader of Mexico’s largest drug cartel is captured, civil war erupts among its members. Daniel, leader of one faction, plans to sacrifice thirteen kidnapped children to Santa Muerte in return for favors he requests of her. NarcoTruth.com, a website aimed at exposing the narcos, goes online to search for a hero. A young, almost - famous mariachi singer, Dantes, reluctantly answers the call. Blessed (or cursed) with no need for sleep, Dantes strives for physical and mental perfection 24/7 – except when he’s sipping tequila, cavorting with groupies, or otherwise savoring life. With the clock ticking down before the sacrifice, this not - so dark knight will risk anything to find the missing kids, but is he already too late