And How Are the Children?: Timeless Lessons from the Frontlines of Motherhood (Paperback) 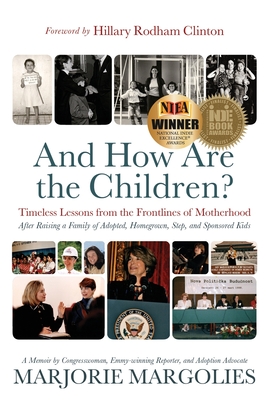 And How Are the Children?: Timeless Lessons from the Frontlines of Motherhood (Paperback)


On Our Shelves Now at:
(This book cannot be returned.)

Today, the world talks a lot about female empowerment, but when Marjorie was breaking through professional glass ceilings, she was unknowingly paving the way for the generations that followed in several different industries.

After more than 25 years with NBC, she ran for U.S. Congress in 1991-as a registered Democrat in a historically Republican district of suburban Philadelphia-and she shocked the state and the country by winning by just over 1000 votes. She was the first woman elected in her own right in the state of Pennsylvania, but during her short tenure, Marjorie became the main target of Republicans taunts after she cast the deciding vote to approve President Clinton's budget.

And How Are the Children? explores the life of a woman who was hardwired to shift paradigms and break down historic boundaries while managing a busy household and later dealing with heartbreaking tragedies including divorce and the death of a child. Her intention is for women of every generation to recognize themselves in her story and learn how to nurture themselves and the life decisions they have made