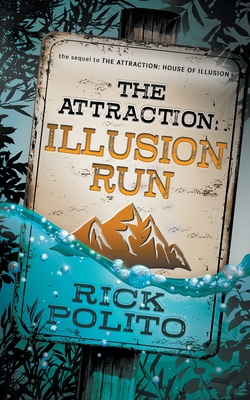 Rick Polito continues the story of Nate and Lily in this sequel to the hilarious mystery The Attraction: House of Illusion.

After a violent encounter with the descendants of a Gold Rush cult who believe his family's House of Illusion roadside attraction will lead them to their rightful treasure, Nate Caldwell is attempting to settle into life on the California Delta with his sister Lily and his girlfriend Mia.

But when a massive flood forces them to flee their small town, they soon find themselves back in the hands of the same depraved family and forced to outwit their captors in the Sierra foothills.

"An engaging and moving blend of comedy, suspense, and a well-defined male teen voice." -Kirkus Reviews on The Attraction: House of Illusion