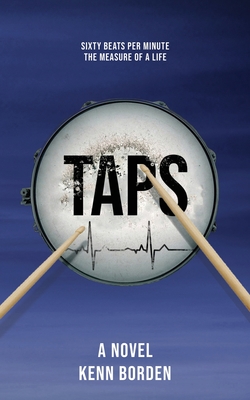 "Blessed are the Peacemakers."

But how do you make peace within your own soul?

Fourteen-year-old Scott Schyler enters ninth grade for the third time, still angry at his father's death. He wishes to be noticed for the good that is within him. He knows there is more to being great than comic book superheroes, but everywhere he turns he must confront those who would rather put him down.

With the guidance and wisdom of his grandfather, Scott begins to use seemingly unrelated tools: that of playing the drums and woodcarving, to calm his throbbing pain and create an outlet for his rage. He also learns the power of What if? If it is true, as he has heard, that "greatness comes by your attitude," can you simply change your world by changing you? He experiments at school and at home with mixed results, but he learns at each step that he is stronger than what he had once believed.

In the end, Scott is tested again and again he asks: What if? This time, the beat of his heart and the taps on a drum comingle in loving tribute to those who have come before, and who have prepared him for his future.

TAPS is a kind-hearted lesson in how to deal with others by learning to deal with ourselves. True greatness is finding yourself and finding what you wish to become; this must begin with your own attitude.