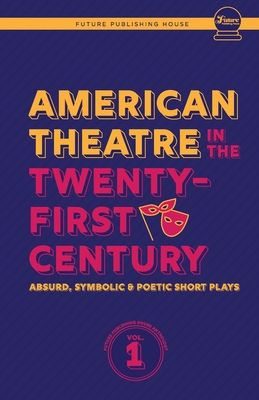 In the first anthology of this series, Chicago and Baltimore playwrights share short plays written for the stage. Performance-ready new ideas, contained within insightful dialogue and monologues span, the pages of this anthology.

Since America earned its title as "the melting pot" by most historians, Future Publishing House combines with playwrights and theatre artistry to create this unequivocally dynamic collection of work. As artists living with the freedom to create meaningful new work, the plays in this first volume inform the beginning of a millennia of performance art.

Some pieces in this anthology fall into symbolism, surrealism, and absurdism, such as Barbara Bryan's Leaving the Universe. Other plays are written as melodramas, such as Love, Lust, Lyrics & Stamps by Matt Brown and Andre Thespies.

With an introduction by editor Shaun Vain.