What Is Home, Mum? (Paperback) 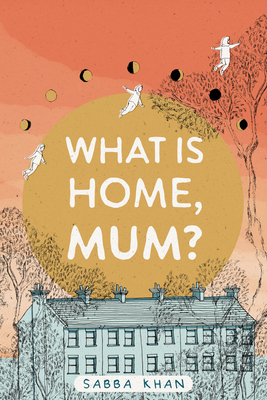 What Is Home, Mum? (Paperback)


In Stock—Click for Locations
One of the top ten graphic novels for Spring 2022, as chosen by Publishers Weekly "Khan debuts with a deeply introspective, elegantly rendered graphic memoir about her experiences, faith, and family in the South Asian diaspora community of East London. . . . It's a powerful debut by a singularly penetrative and eloquent voice." --Starred Review, Publishers Weekly

What do identity, belonging, and memory mean to one young Muslim woman and her family against a backdrop of history?

As a second-generation Pakistani immigrant living in East London, Sabba Khan paints a vivid snapshot of contemporary British Asian life and investigates the complex shifts experienced by different generations within immigrant communities, creating an uplifting and universal story that crosses borders and decades. Race, gender, and class are explored in a compelling personal narrative creating a strong feminist message of self-reflection and empowerment which is illuminated in stunning artwork.

Sabba Khan is a visual artist, graphic novelist, and architectural designer. She is an advocate for increasing working-class black and brown representation in the arts and publishing as well as in architecture and construction. Her work is included in the Eisner award-winning graphic anthology Drawing Power. And she currently lives in East London, in the UK. This is her debut as an author.