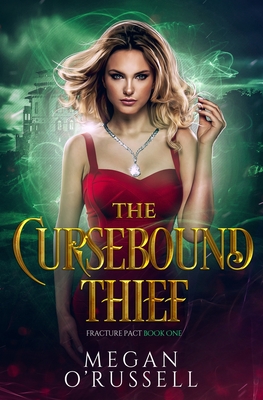 The world wants a hero. The curse needs a thief.

The party of the decade stands between Jerek Holden and saving the people he would do anything to protect. After twelve years, he's finally found a way to break the curse that ripped all magic from the world and destroyed the peace that took generations to build. All he needs is one, simple artifact. But he can't steal the heliostone alone.

A girl with a soul of fire.

A vampire bound by a vow.

A werewolf bent on revenge.

A knight torn between honor and duty.

A hacker to keep them all alive.

The fate of magic lies in their hands―if they can survive long enough to pull off the heist of the century.

The Cursebound Thief is book one in Fracture Pact, a young adult, magical heist series that weaves magicians, mermaids, vampires and werewolves into a world of broken magic and tenuous alliances. Whether you're in the mood for love triangles, a friends to lovers twist, or just crave young adult fiction books that feature girls in STEM, The Cursebound Thief is an urban fantasy YA fans will love. With runaways, orphans, strong female leads, an inclusive lgbtq+ cast, and supernatural elements abound, this is a series you won't want to miss