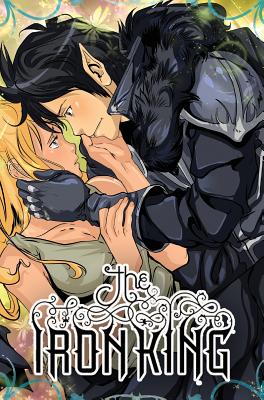 Based off the New York Times best selling novels. The Iron King is the first book in the Iron Fey series, and follows the adventures of a girl named Meghan Chase. On her sixteenth birthday, Meghan discovers her little brother has been kidnapped by a faery race known as "the Fey" and even worse, replaced with an evil changeling and taken into the "Nevernever." Meghan bravely ventures into the faery realm to rescue him, and that's where an epic plot unfolds. This collected edition has never before images and character designs