A Hunt of Shadows (Paperback) 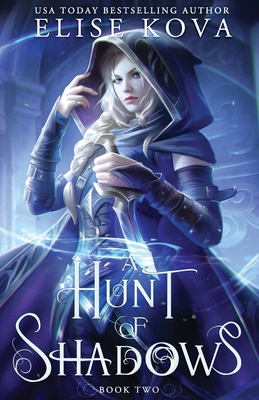 A Hunt of Shadows (Paperback)

Eira is now a champion of the Solaris Empire. She's off to a land she's only dreamed about. But a nightmare awaits her.

Her sworn enemy has escaped. His allies are powerful and deadly. And Eira finds herself tangled in the dangerous web of the undercity of Risen where the mysterious Court of Shadows and lethal Pillars battle for the fate of the kingdom.

But vengeance has a price. When Eira is captured by her enemies, it's not only her life, but the lives of her friends, and the man she loves most, at stake. The woman she was won't be enough to turn the tides churning against her from long before she was born. She'll have to become something more. She'll have to love deeper and fight fiercer than ever before.

The only way to kill a legendary champion, will be to become one herself.