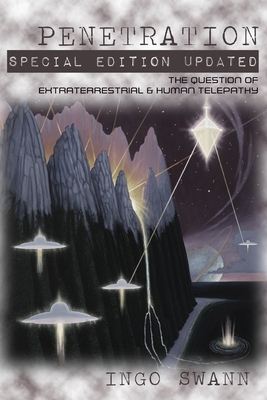 Ingo Swann -- renowned psi researcher -- reveals a long-held secret series of experiences with a "deep black" agency whose apparent charter was simple: UFOs and extraterrestrials on the moon and worries about ET telepathic/mind control powers. The agency was so secret that it had no paper trail, and hence no written secrecy agreements. Only the verbal ones, which in Ingo's case expired several years ago. Now, in this era of burgeoning UFO "glasnost," he tells a story of meetings held in a secret underground facility not far from Washington DC, and of being taken to a remote location near the Arctic Circle to witness the expected arrival of a huge UFO over the surface of an Alaskan lake. This book discusses undeveloped human telepathy and contrasts it with the probable existence of fully developed alien telepathy, which may have many different forms. Ingo also explores the fact that we officially know far more than we're admitting about the Moon -- its origins, its atmosphere, its occupants and many other unusual features. Penetration is about one of the means by which we can learn more about those not of this earth (and vice-versa) -- telepathy. Do we have the means to answer some very important questions that many have been asking for quite a long time? Inside this book are the answers to some.PLUS...In a newly discovered missing chapter on his psychic probes of Mars ("9") to Penetration, Ingo asserts that there is a bigger question at play - the question as to "why do mass-consciousness humans, as it were, mass-consciously almost 'conspire' to avoid certain issues, and consistently so?" This inquiry, deep within Ingo's own awareness, is one that he would ponder until his passing in 2013. He no doubt wished to share this interrogation with the world back in 1998. Thus, while Neptune goes direct in Pisces, removing the veils, and providing an awakening of sorts, we have decided put Ingo's question to the world by including "9" along with Introductions by Dr. Krippner and Dr. Mitchell, an Afterword by Thomas M. McNear, Lieutenant Colonel, U.S. Army (Ret.), and recently discovered documents from Harold Sherman's Archives in this Updated Special Edition, all within an aptly named section entitled Subscript.