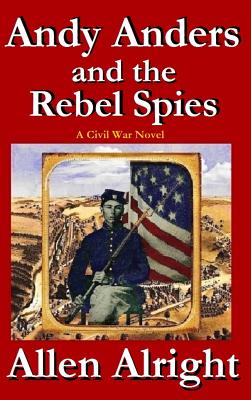 A Teen and Young Adult Civil War Adventure to spark your imagination What could you do to stop Rebel Spies and Conspirators in your town?

How far would You go to stop Rebel Spies and Saboteurs from destroying your hometown? In 1861 with the outbreak of Civil War, how far would you go to preserve the Union and end slavery? Being underage would you follow your heart and lie about your age to enlist as Andy did? Or sneak into the Union Army to pursue your love and fight the Rebel menace as Angela does? What would you do?

Andy and Angela are in love, working for the miserable Mayor of Mercyville. Five friends mysteriously disappear just before the arrival of a Union Captain bringing news of the fall of Fort Sumter and the Declaration of War. Befriended by the captain's motley crew, will Andy and Angela unravel the secrets before it is too late to save their hometown, Mercyville, from murderous spies and traitors?

Will Andy and Angela survive their encounters with the Rebel Spies? Find out who lives and dies in this heart-wrenching Civil War cloak and dagger thriller. Discover in your copy of this action adventure novel about the beginnings of the American civil war and how our youth took up arms to fight injustice in this dystopian world gone mad.