The Avion My Uncle Flew (Paperback) 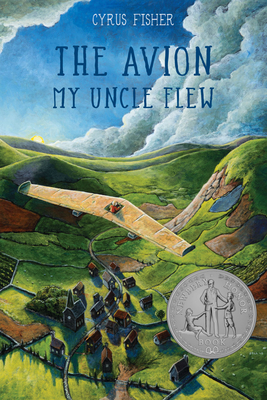 The Avion My Uncle Flew (Paperback)


Not On Our Shelves—Ships in 1-5 Days
A Newbery Honor book.

When twelve-year-old Johnny Littlehorn's father returns from the front lines, after WWII is over, and announces they're spending the summer in France, Johnny doesn't want to leave their Wyoming ranch. But what starts off as a boring trip soon turns into a frightening adventure. A sinister man trails Johnny throughout Paris and follows him to his uncle's village of St. Chamant.

With the help of his new friends, Suzanne and Charles, Johnny follows a winding trail that leads to a fugitive spy, a German pistolet hidden in a loaf of bread and a stolen fortune. Before long, he's learning French, helping his oncle Paul build an avion, and unraveling an evil Nazi plot