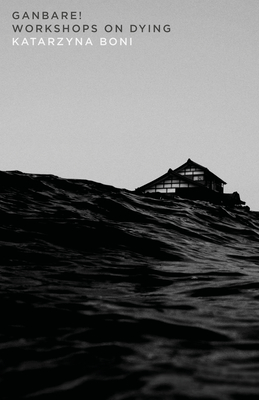 
In Stock—Click for Locations
The March 11, 2011, earthquake and subsequent tsunami that ravaged Japan lasted a mere six minutes. But the fallout--the aftershocks, the Fukushima nuclear disaster, the country-wide devastation--from this catastrophic event and the trauma experienced by those who survived it is ongoing, if not permanent. In Ganbare Workshops on Dying, Polish writer and reporter Katarzyna Boni takes us on a journey through the experience of death and how the living--those of us left behind--learn to grieve. In Ganbare , some learn how to scuba-dive for the sole purpose of recovering their loved one's remains; some compile foreign-language dictionaries of "prohibited," tsunami-related words so they don't have to think of them in their mother tongue; many believe in the lingering presence of the ghosts of those whom the wave claimed for itself. Whatever their methods, whatever their mechanisms, whatever their degree of success, the survivors Boni gives voice to in Ganbare provide an intimate, soul-aching, and above all human look at how people come to deal with loss, trauma, and death.