The Celestial Code of Scripture: The Astral Cipher Underlying the Miracle Stories of the Bible and Qur'an (Paperback) 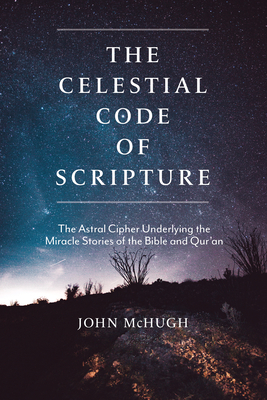 The Celestial Code of Scripture: The Astral Cipher Underlying the Miracle Stories of the Bible and Qur'an (Paperback)

While researching celestial mythology at Brigham Young University, John McHugh stumbled upon the arcane code that is the template for the legends and miracles in all Mesopotamian, Greek, Roman, Jewish, Christian, and Islamic scriptures.

This code was embedded in the archaic Mesopotamian belief system that conceptualized the astral sky as the "heavens," and its constellations and planets as deities inhabiting this divine realm. Celestial tableaux were understood as historical scenes that had once taken place on earth. Mesopotamian astronomers were regarded as magicians, the magi, whose task was to interpret and elaborate secretly on this "Heavenly Writing"-- the literal writing of the gods. The Celestial Code of Scriptures is the first book to present and explain this secret Mesopotamian cipher.