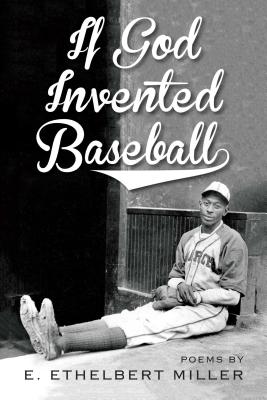 
Special Order—Subject to Availability
Here are poems that celebrate and interpret the game by one of America's finest poets. They are for everyone who has experienced the magic released when three holy things come together: bat, ball and glove.

"Ethelbert Miller is one of the most significant and influential poets of our time."

If God Invented Baseball is a complete game of baseball poems, a full nine innings pitched by a “master twirler,” whose complete arsenal includes fastballs, curves and change-ups, and the occasional knuckler, to keep readers swinging for the fences, his full artistry on display.

Ethelbert Miller's work captures the enjoyment of the game from childhood to old age. Baseball fans will place this book next to their scorecards, peanuts and beer. Poetry readers will equally be delighted.

If God Invented Baseball is a book for the ballpark and the home.

“Ethelbert's replay of baseball joys and sorrows is a must read. He brings us THE GAME with skill and grace. It is an inside the park home run”

--  Clifford Alexander
E. Ethelbert Miller is a literary activist and author of two memoirs and several poetry collections. He hosts the WPFW morning radio show On the Margin with E. Ethelbert Miller and hosts and produces The Scholars on UDC-TV, which received a 2020 Telly Award. Most recently, he was given a grant from the D.C. Commission on the Arts and Humanities and a congressional award from Congressman Jamie Raskin in recognition of his literary activism. Miller’s latest book is When Your Wife Has Tommy John Surgery and Other Baseball Stories.