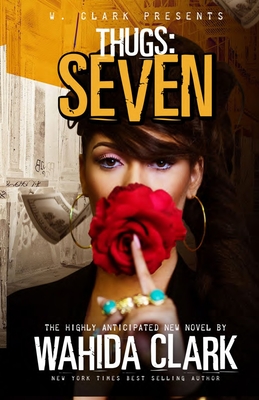 Romance and Thug Lovin' is at its pinnacle in part 7 of the Thug Series. Trae and Tasha fight to hold on to what they have after he's released from prison, but when Trae is given a package containing some damning information regarding Tasha, is there any hope of salvaging the relationship? Kyra has to decide who she will choose: her unborn baby or Rick, the man she loves, but who is in another relationship. Can Rick break his two women out of their Western civilization mind-set in order to become one big, happy family? Who is the mysterious Lolita who suddenly shows up at a baby shower, and what is her connection to Don Carlos, a drug lord? Is she trying to set them up? Angel has to pledge her love to Kaylin once again while Jaz and Faheem try to start all over while mourning the loss of his murdered son. Will the couples be able to protect their marriages? Trouble is brewing at the baby shower where the outcome could very well be a toe tag or a jail cell. Will the brothers get down for whatever when it comes to protecting their family?

Thugs Seven, by bestselling author Wahida Clark, is a thriller, action & disaster book with well-developed characters fighting their own personal demons. Be prepared for sleep deprivation because this is a real page-turner.