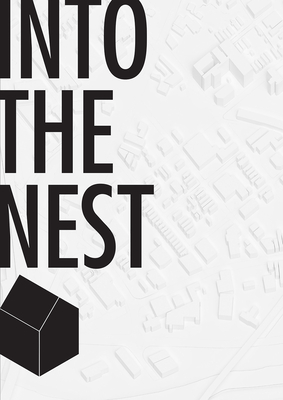 
Special Order—Subject to Availability
Access to affordable housing is one of the most pressing issues facing cities worldwide, as populations grow and real estate prices rise. But the question of what we mean by the term “affordable housing” is far from clear. Designers shy away from the concept, intimidated by the possibility of cheap materials or fast-paced designs, even as potential homeowners are drawn to the promise of elegance and beauty within a tight budget. Into the Nest brings together seventeen architecture students at the University of Cincinnati/DAAP to collaborate with NEWST, a not-for-profit developer that wanted to address the problem of affordable housing in the neighborhood of Northside Cincinnati. Together, they matched up demographic research combined with multiple design iterations to help move toward a definition of affordable housing that works for everyone and points a way toward future design and development.

SAID, who publishes only under his first name for security reasons, was born in Tehran in 1947 and has lived in Munich since 1965. He is the author of several books, only one of which, Be to Me the Night: Love Poems, has been translated into English. The recipient of numerous awards, including the Premio Letterario Internazionale "Jean Monnet" and the German PEN Center’s Hermann-Kesten Medal, he served as president of the German PEN Center and director of the Writers in Prison Committee of International PEN.